Surface GeomFillSurface creates a parametric surface from two, three, or four boundary edges, trying to create a smooth transition between them. 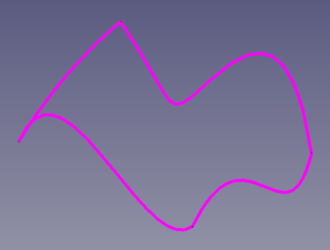 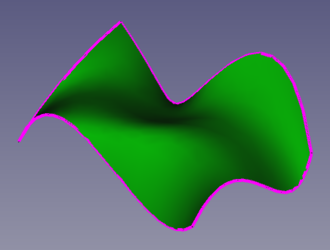 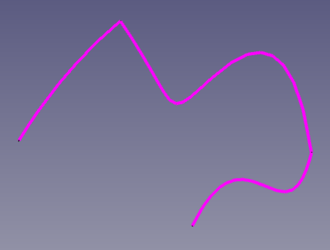 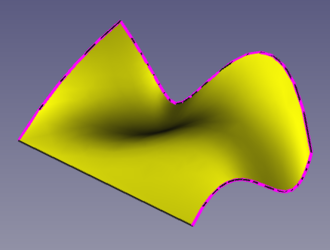 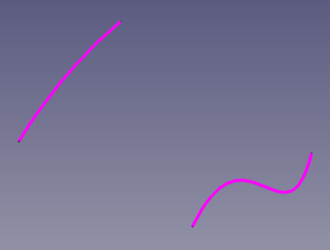 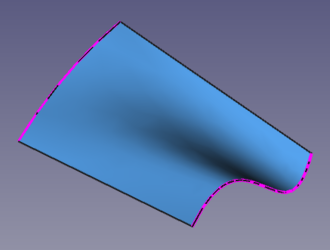 Note: once created, it is not possible to apply additional constraints to the created surface.

A Surface GeomFillSurface (Surface::GeomFillSurface class) is derived from the basic Part Feature (Part::Feature class, through the Part::Spline subclass), therefore it shares all the latter's properties.

In addition to the properties described in Part Feature, the Surface Filling has the following properties in the property editor.

Twisting of the surface

The shape of the surface depends on the direction of the chosen edges; if edges are selected and the result is a surface that "twists" on itself, one of the edges may need its list of vertices in the reverse order. A surface that twists on itself will probably have self-intersections, and thus will be an invalid Shape; this can be verified with

For example, if two curves have the points

and the resulting surface after using

Sections is a twisted surface, you may create a third curve that is equal to one of the two original curves but with a reversed list of points.

should work to generate a surface that doesn't twist.

In practical terms this means that all edges used to generate a surface should be created preferably in the same clockwise or anti-clockwise direction. Following this simple rule usually guarantees that the surface will follow the smoothest direction and won't twist.

When the surface's ViewLighting property is One side, a face will be painted completely black if its normal direction points into the 3D view (away from the current viewer), indicating a flipped face with respect to the other colored faces. 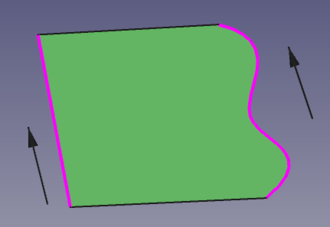 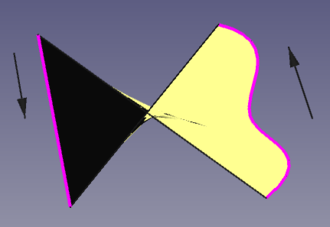