Product design is originally a commercial term, but in the 3D world, it often means modeling something with the idea to have it 3D-printed or, more generally, manufactured by a machine, for example a 3D printer or a CNC machine.

When you print objects in 3D, it is of ultimate importance that your objects are solid. As they will become real, solid objects, this is obvious. Nothing prevents them from being hollow inside, of course. But you always need to have a clear notion of which point is inside the material, and which point is outside, because the 3D printer or the CNC machine needs to know exactly what is filled with material and what is not. For this reason, in FreeCAD, the PartDesign Workbench is the perfect tool to build such pieces, because it will always take care for you that your objects stay solid and buildable.

To illustrate how the PartDesign Workbench works, let's model this well-known piece of Lego: 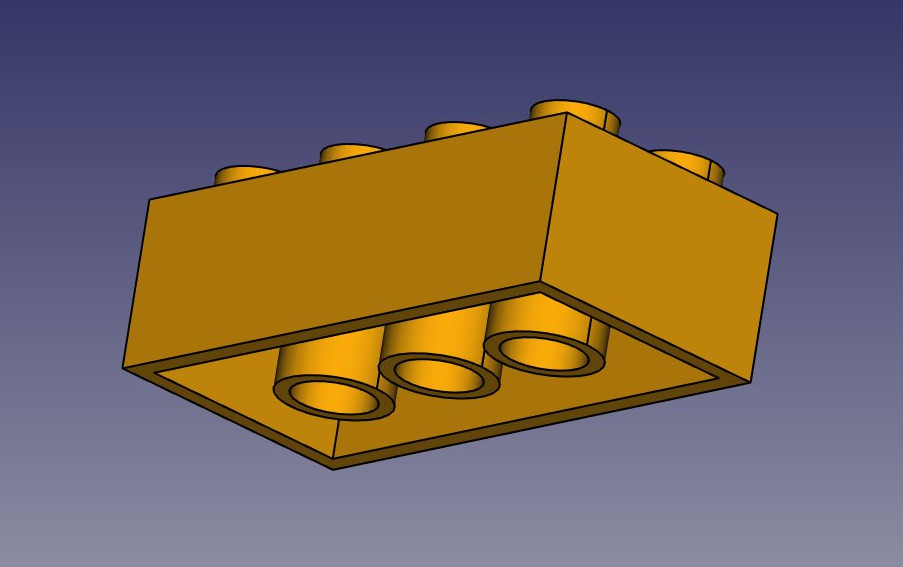 The cool thing with Lego pieces is that the dimensions are easy to obtain on the Internet, at least for the standard pieces. These are pretty easy to model and print on a 3D printer, and with a bit of patience (3D printing often requires much adjustment and fine-tuning) you can make pieces that are totally compatible and click perfectly into original Lego blocks. In the example below, we will make a piece that is 1.5 times bigger than the original.

We will now use exclusively the Sketcher and PartDesign tools. Since all the tools from the Sketcher Workbench are also included in the Part Design Workbench, we can stay in Part Design and we will not need to switch back and forth between the two.

Part Design objects are fully based on Sketches. A Sketch is a 2D object, made of linear segments (lines, arcs of circle or ellipses) and constraints. These constraints can be applied either on linear segments or on their endpoints or center points, and will force the geometry to adopt certain rules. For example, you can place a vertical constraint on a line segment to force it to stay vertical, or a position (lock) constraint on an endpoint to prohibit it to move. When a sketch has an exact amount of constraints that prohibits any point of the sketch to be moved anymore, we talk about a fully constrained sketch. When there are redundant constraints, that could be removed without allowing the geometry to be moved, it is called over-constrained. This should be avoided, and FreeCAD will notify you if such a case occurs.

Sketches have an edit mode, where their geometry and constraints can be changed. When you are done with editing, and leave edit mode, sketches behave like any other FreeCAD object, and can be used as building blocks for all the Part Design tools, but also in other workbenches, such as Part or Arch. The Draft workbench also has a tool that converts Draft objects to Sketches, and vice-versa. 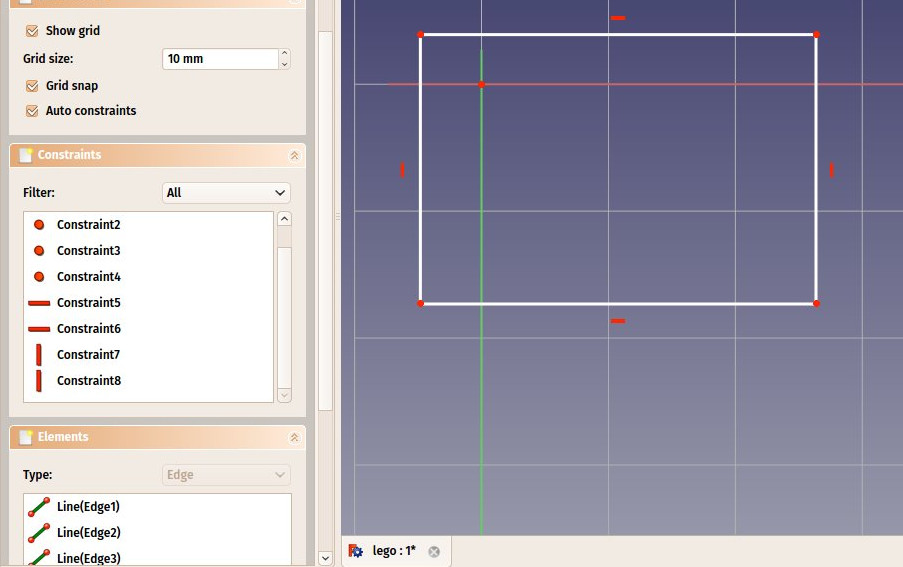 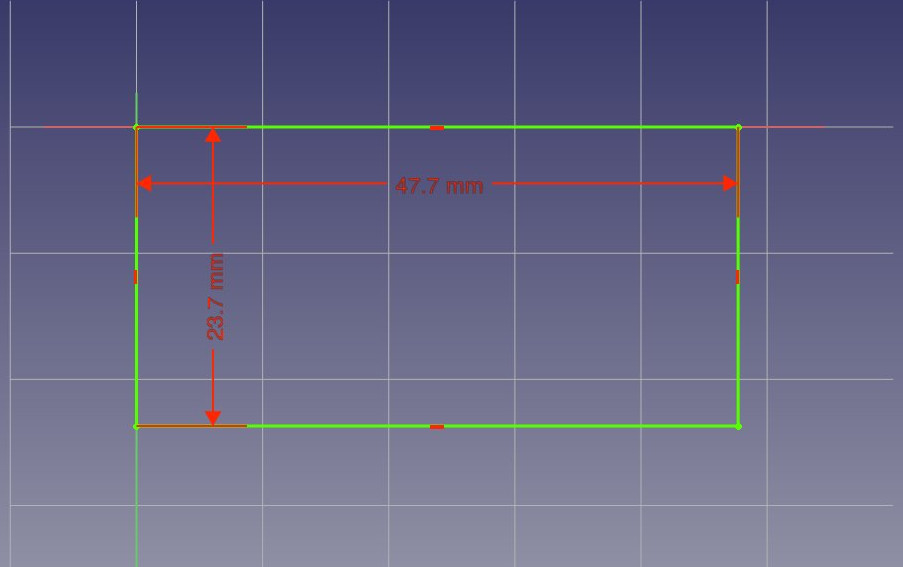 Note that the last point-on-point constraint was not absolutely necessary. You are never forced to work with fully constrained sketches. However, if we are going to print this block in 3D, it will be necessary to maintain our piece close to the origin point (which will be the center of the space where the printer head can move). By adding that constraint we are making sure that our piece will always stay "anchored" to that origin point. 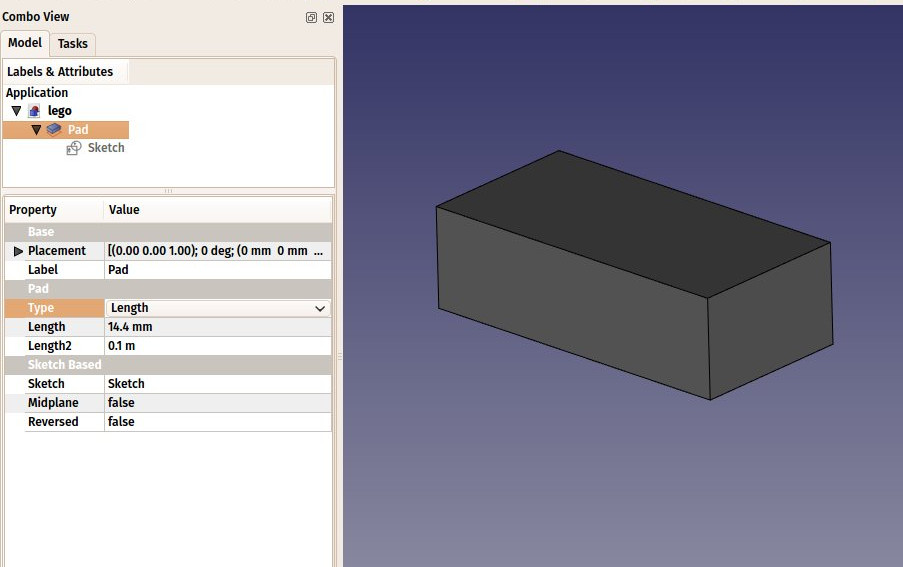 The Pad behaves very much like the Extrude tool that we used in the previous chapter. There are a couple of differences, though, the main one being that a pad cannot be moved. It is attached forever to its sketch. If you want to change the position of the pad, you must move the base sketch. In the current context, where we want to be sure nothing will move out of position, this is an additional security. 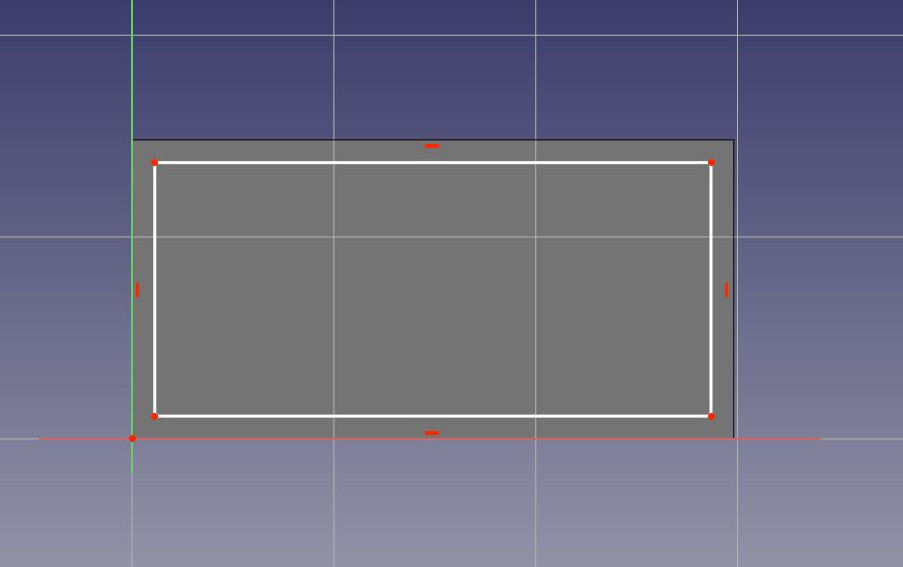 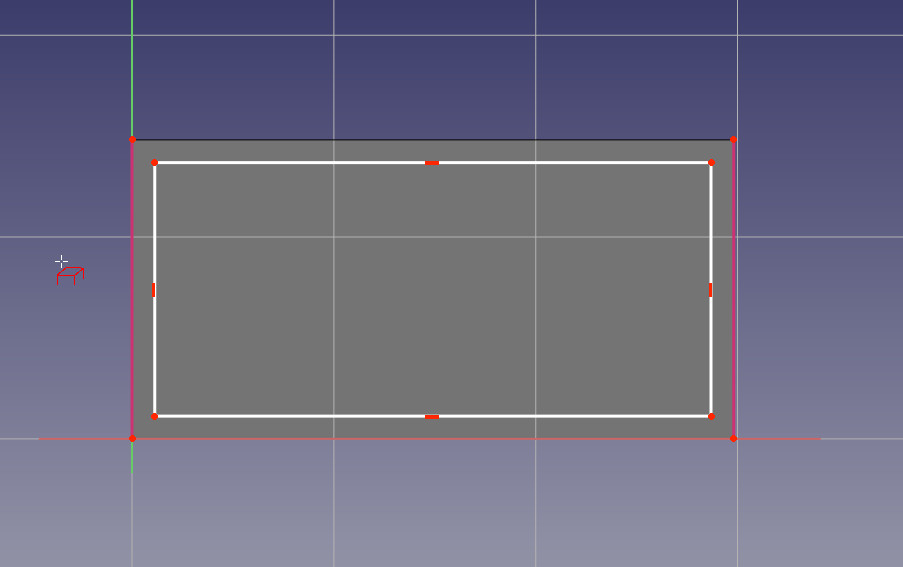 You will notice that only edges from the base face can be added by this tool. When you create a sketch with a face selected, a relation is created between that face and the sketch, which is important for further operations. You can always remap a sketch to another face later with the 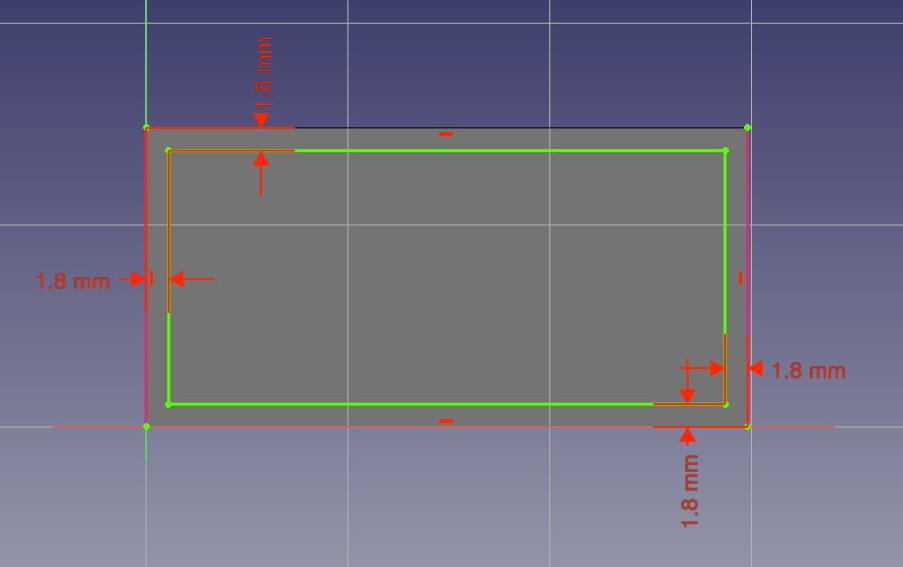 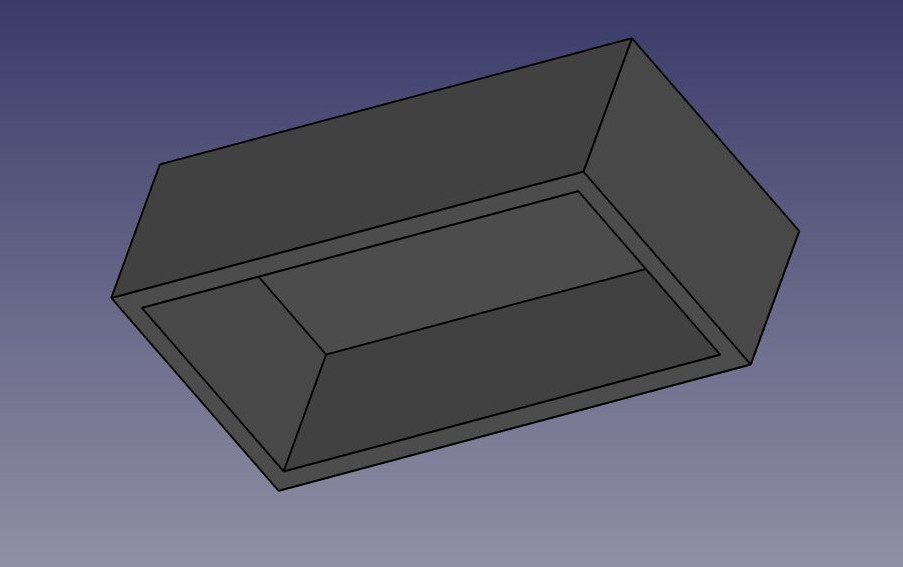 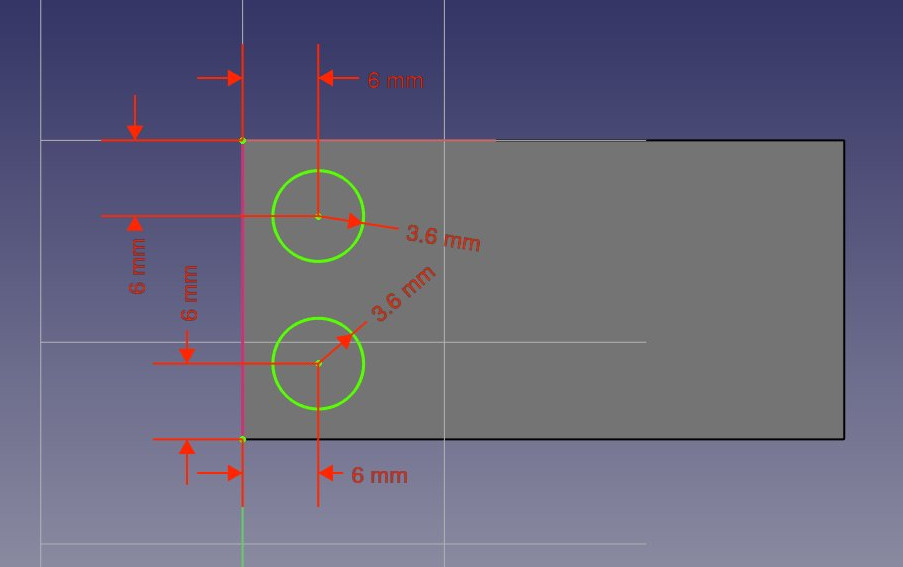 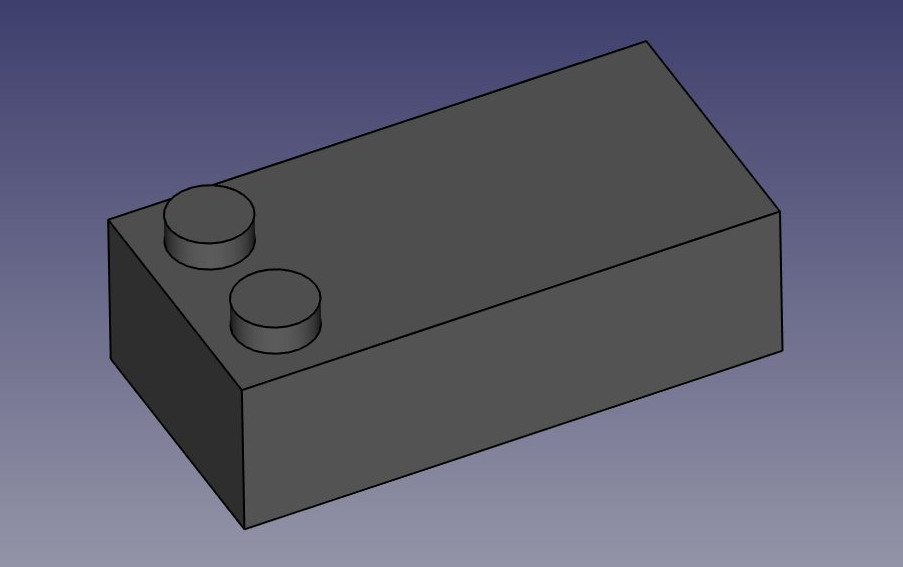 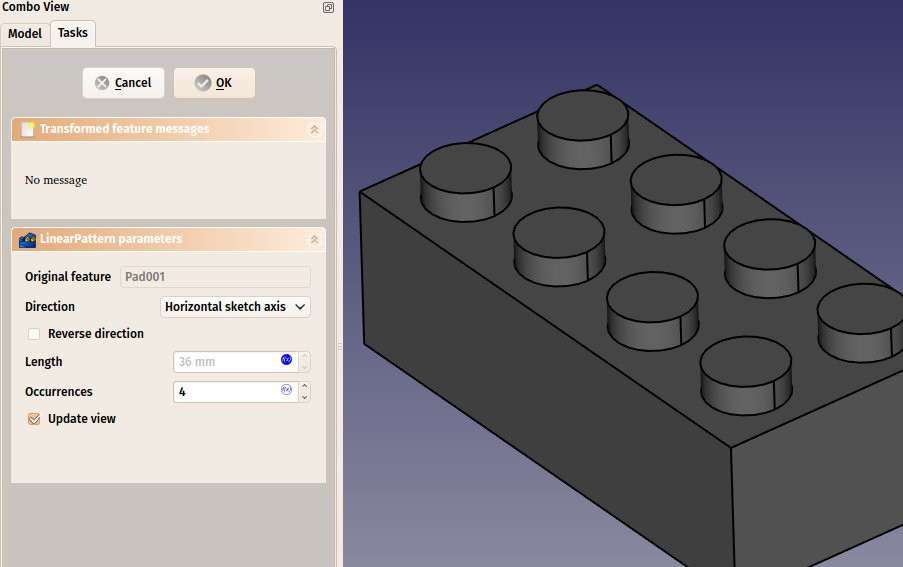 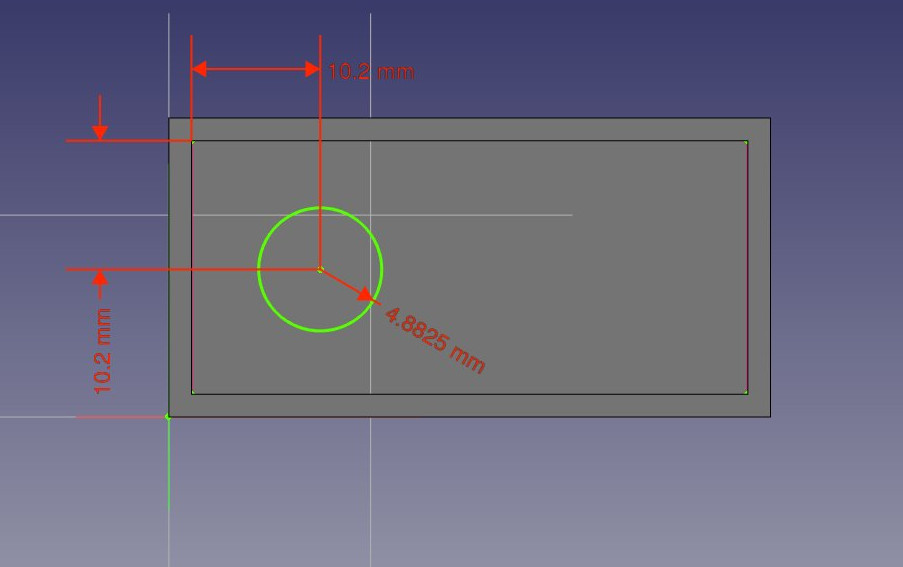 If you have trouble to select features hiding part of the model can help. To hide a feature select it from tree view and press Space-key to toggle visibility. 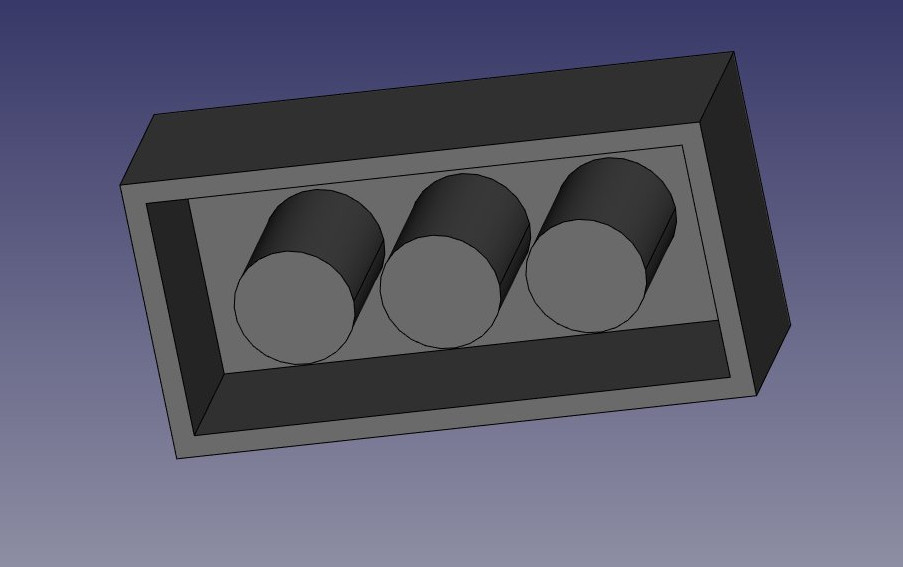 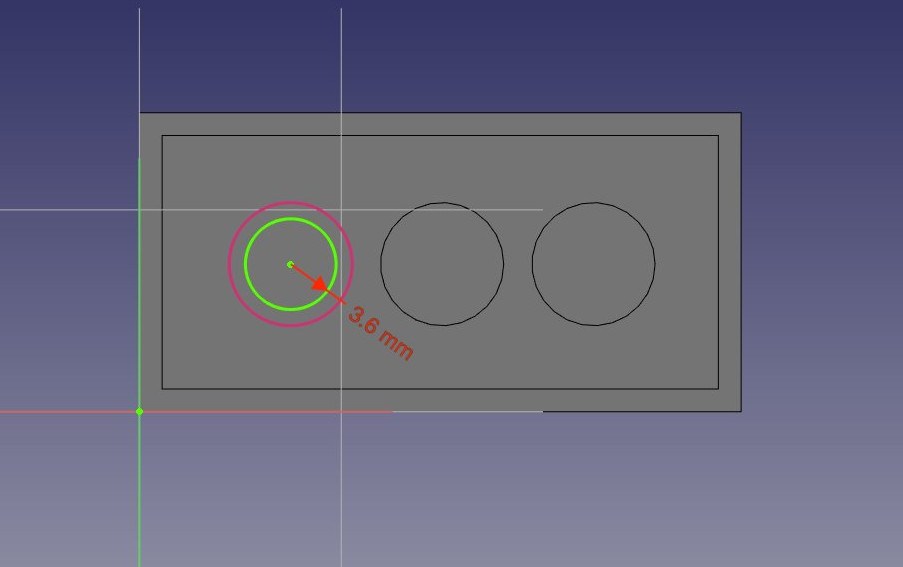 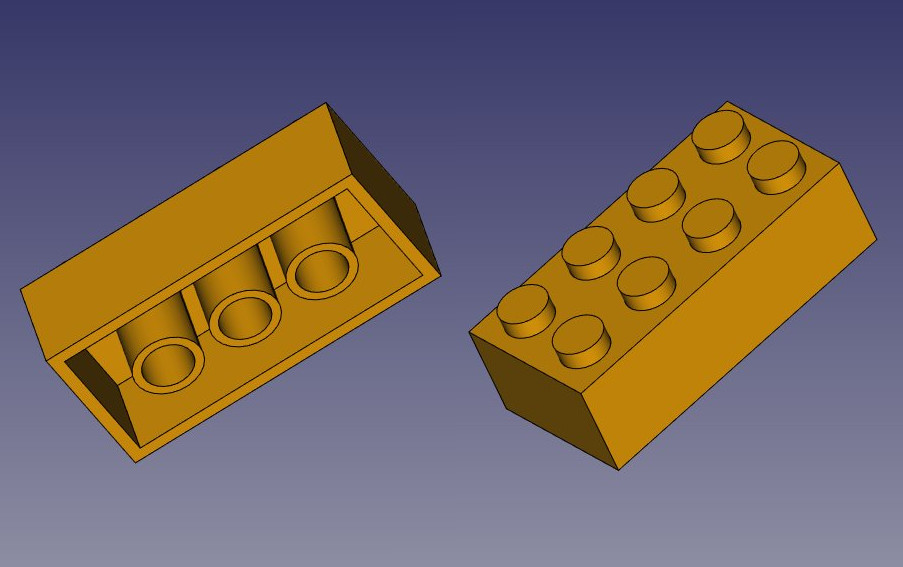 You will notice that our modeling history (what appears in the tree view) has become quite long. This is precious because every single step of what we did can be changed later on. Adapting this model for another kind of brick, for example one with 2x2 dots, instead of 2x4, would be a piece of cake, we would just need to change a couple of dimensions and the number of occurrences in linear patterns. We could as easily create bigger pieces that don't exist in the original Lego game.

But we could also want to get rid of the history, for example if we are going to model a castle with this brick, and we don't want to have this whole history repeated 500 times in our file.

There are two simple ways to get rid of the history, one is using the Create simple copy tool from the Part Workbench, which will create a copy of our piece that doesn't depend anymore on the history (you can delete the whole history afterwards), the other way is exporting the piece as a STEP file and reimporting it.

But the best of both worlds also exists, which is the Assembly2 Workbench, an addon that can be installed from the FreeCAD-addons repository. This Workbench is named "2" because there is also an official built-in Assembly Workbench in development, which is not ready yet. The Assembly2 Workbench, however, already works very well to construct assemblies, and also features a couple of object-to-object constraints which you can use to constrain the position of one object in relation to another. In the example below, however, it will be quicker and easier to position the pieces using 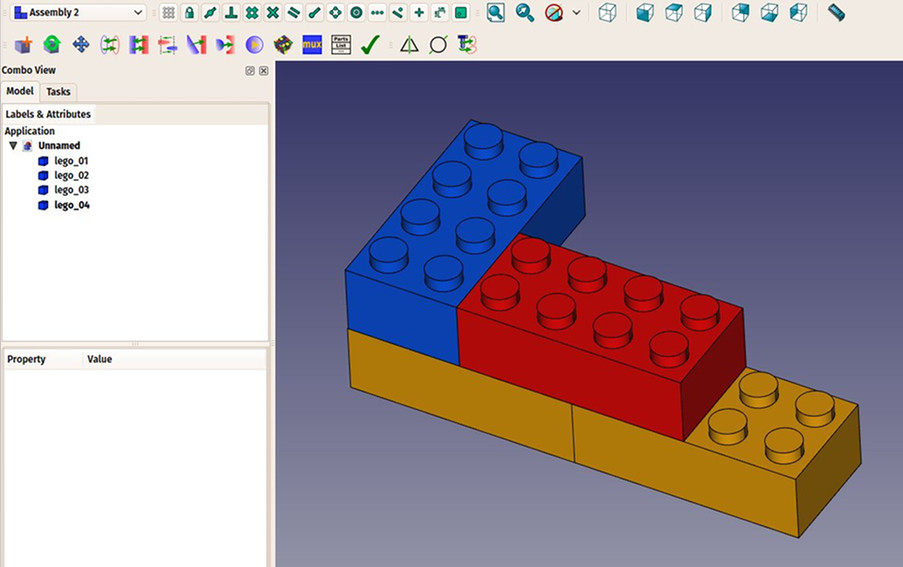