In computer speak, the word rendering is used to describe a nice image produced from a 3D model. Of course, we could say that what we see in the FreeCAD 3D view is already nice. However, anybody who has seen a recent Hollywood movie, knows that it is possible to produce images with a computer that are almost indistinguishable from a photograph.

Of course, producing photo-realistic images requires a lot of work, in addition to a 3D application that offers specific tools for that purpose, such as precise controls for materials and lighting. Because FreeCAD is an application geared more towards technical modelling, it does not feature any advanced rendering tools.

Some other open source rendering tools are made to be used inside other applications, and will take care of doing the complex calculations to produce realistic images. Through its Raytracing Workbench, FreeCAD can use two of these rendering tools: POV-Ray and Luxrender. POV-Ray is a very old project, and is considered a classical raytracing engine, while Luxrender is much newer, and is categorized as an unbiased renderer. Both have their strengths and weaknesses, depending on the type of image one wants to render. The best way to know is to look at examples on each engine's website.

Before being able to use the Raytracing Workbench in FreeCAD, one of these two rendering applications needs to be installed on your system. This is usually very straightforward. They both provide installers for many platforms or are usually included in the software repositories of most Linux distributions.

Once POV-Ray or Luxrender is installed, we need to set the path to their main executable in the FreeCAD preferences. This is usually only required on Windows and Mac. On Linux, FreeCAD will pick it from the standard locations. The location of the povray or luxrender executables can be found by searching your system for files named povray (or povray.exe on Windows) and luxrender (or luxrender.exe on Windows). 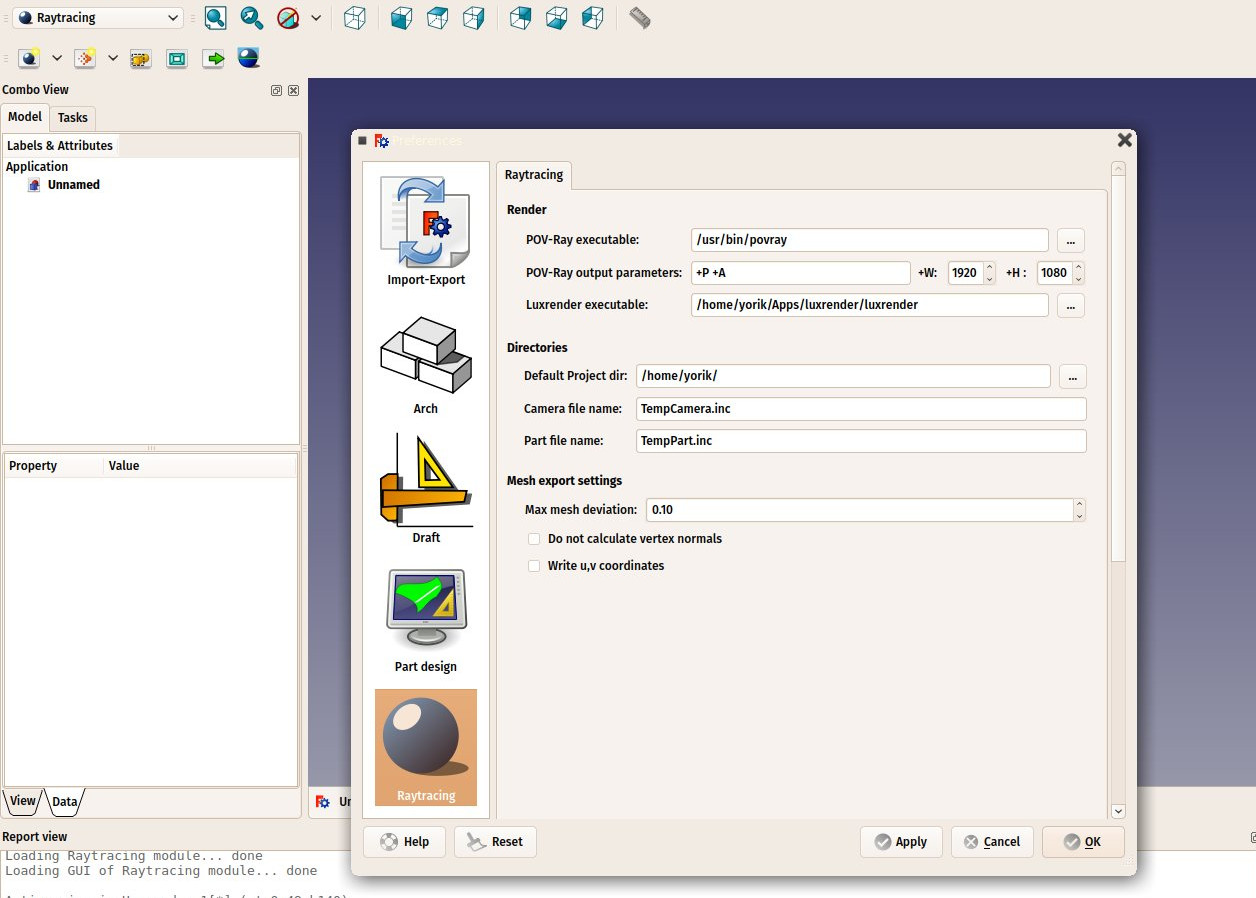 In this preferences screen we can also set the desired image size we want to produce.

We will use the table we have been modelling in the traditional modeling chapter to produce renderings with PovRay and Luxrender. 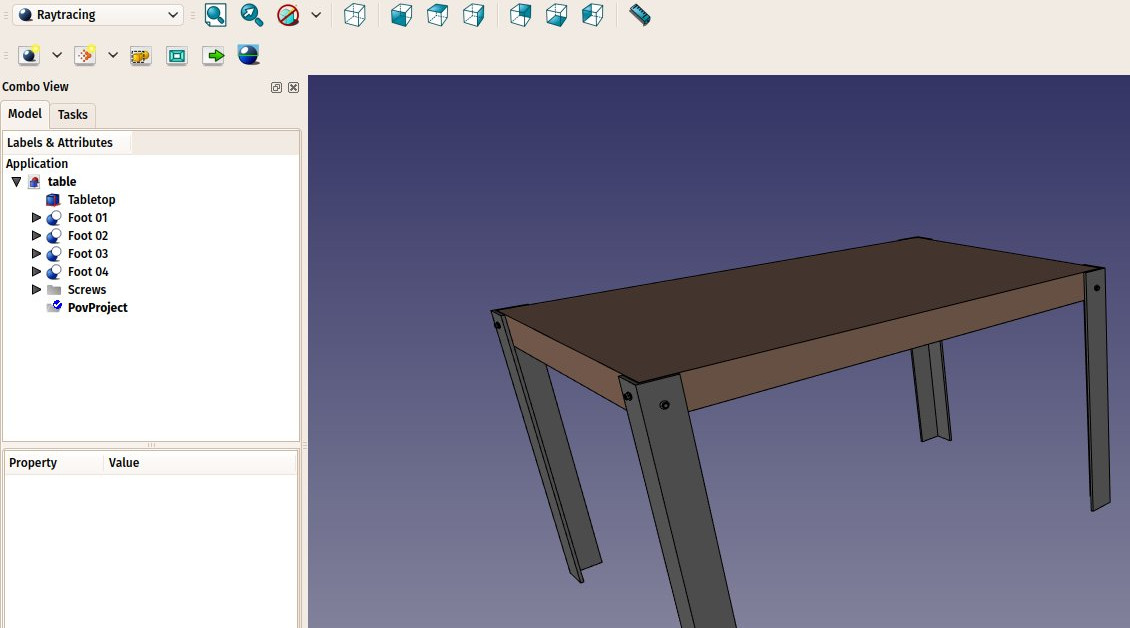 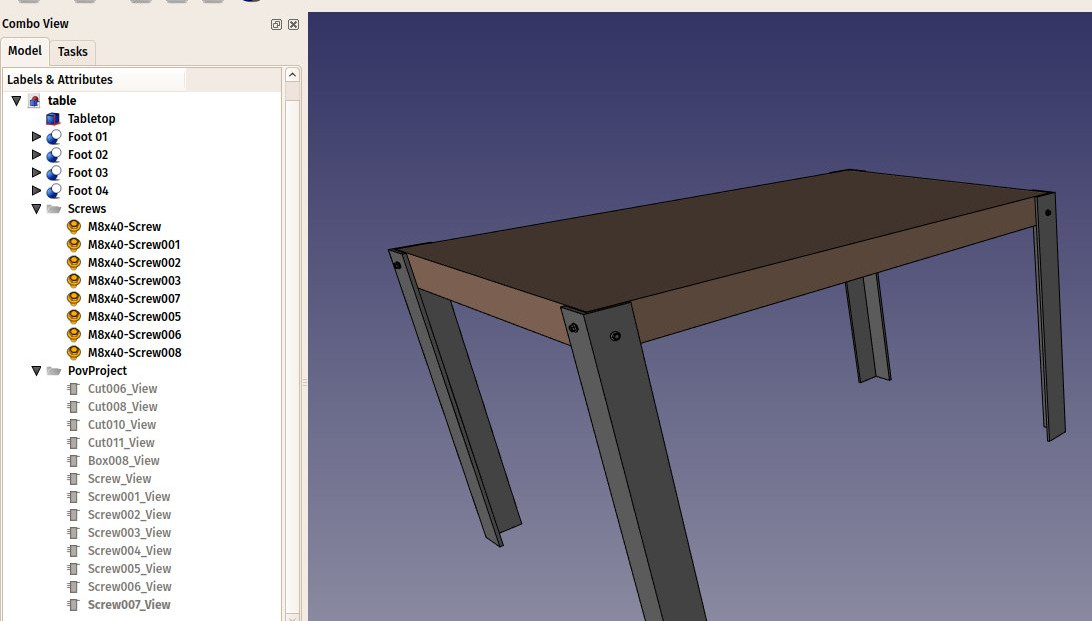 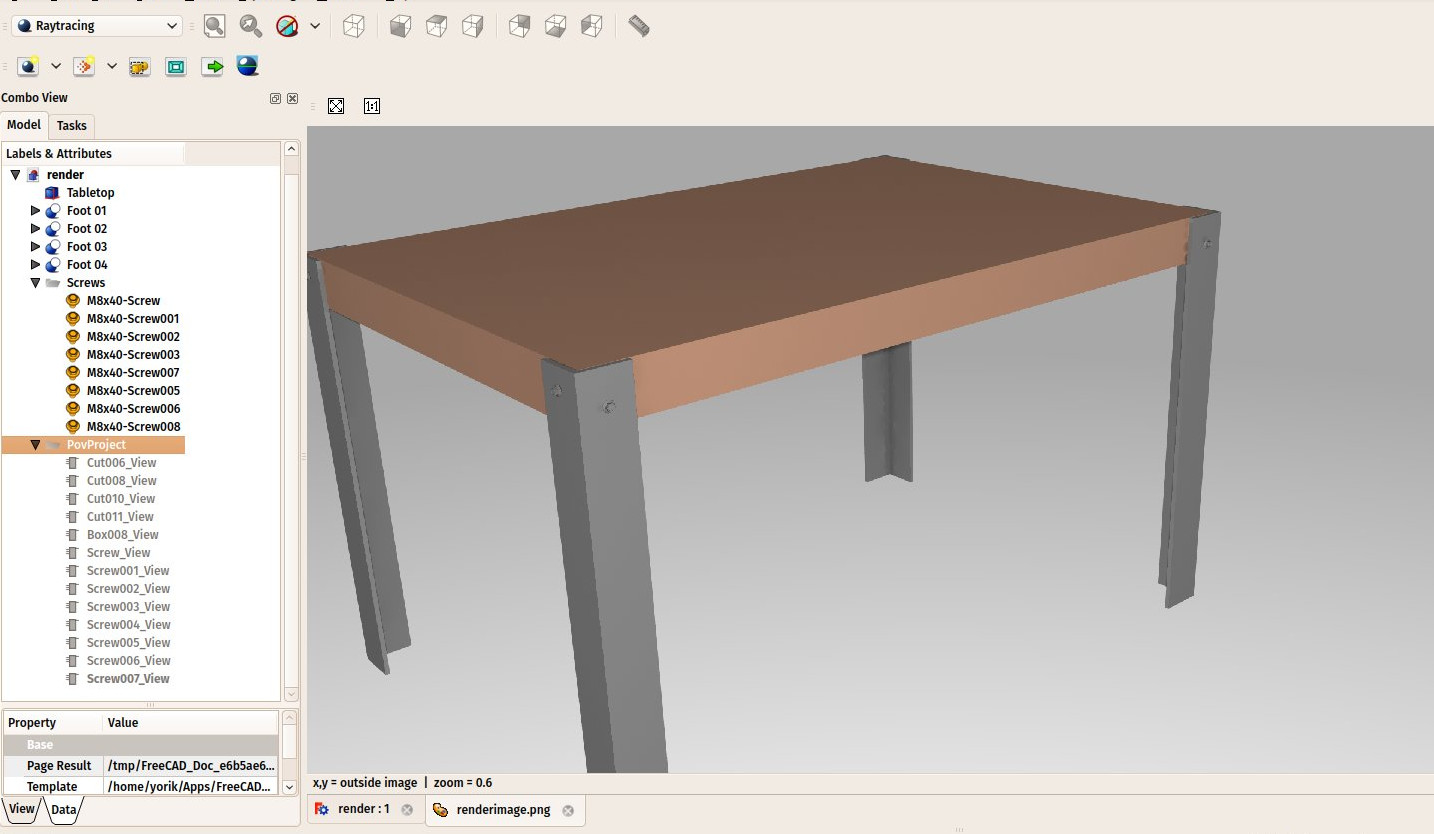 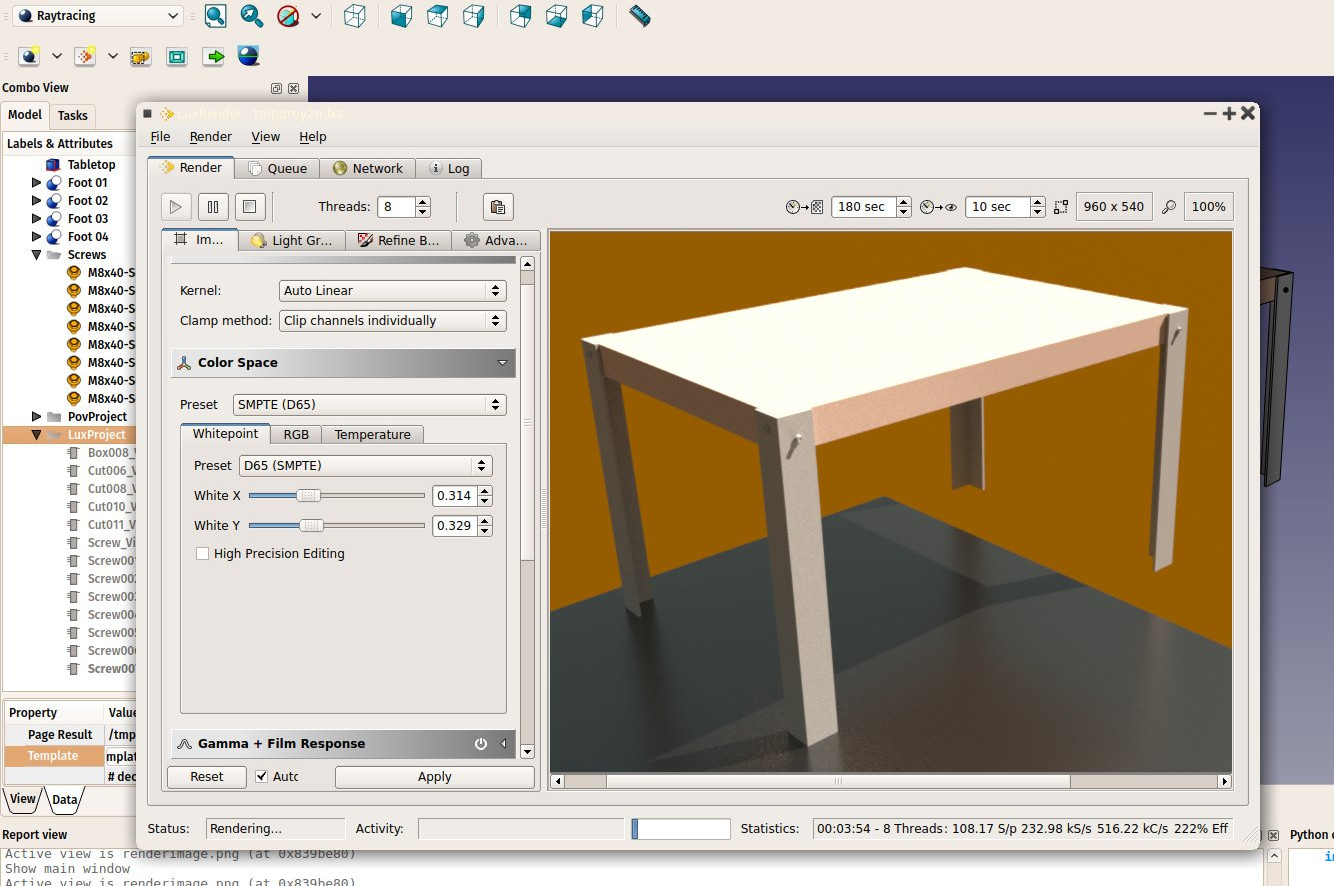 You can greatly extend the rendering possibilities of FreeCAD by creating new templates for Povray or Luxrender. This is explained in the Raytracing Workbench documentation.