OpenSCAD, like FreeCAD, is an open source 3D CAD program. But while FreeCAD uses a visual approach, OpenSCAD uses a programming interface to perform 3D operations. The OpenSCAD workbench can be used to import OpenSCAD object code and to have access to some of the mesh operations possible with OpenSCAD.

Here we will use the example005.scad file from the (old) OpenSCAD examples, but feel free to use any scad file of your liking. 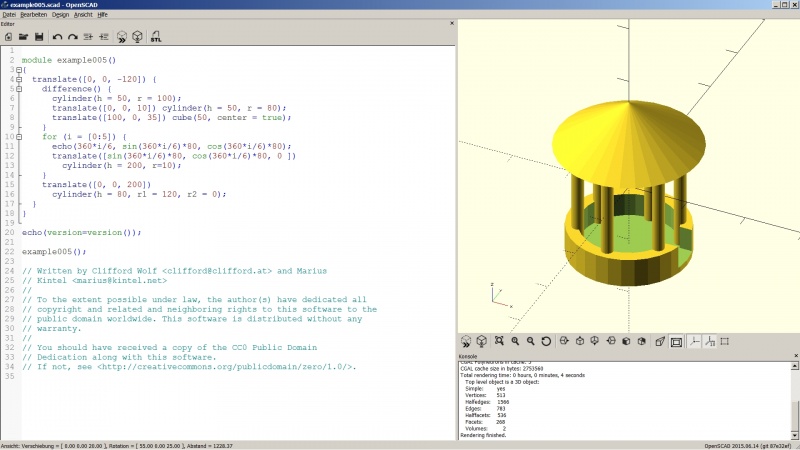 Importing the model in FreeCAD 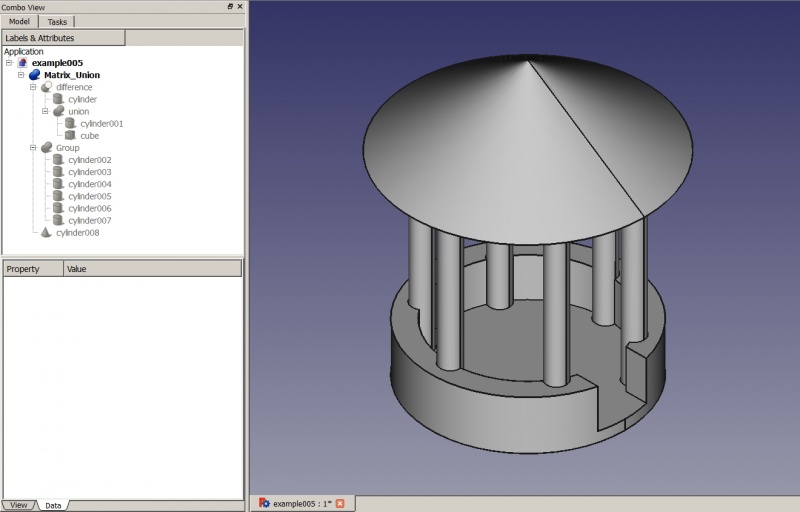